Five Reasons to Frequent a 5:30AM Class

Five Reasons to Frequent a 5:30AM Class

4. Energy out the wazoo. There’s nothing like an hour of spinning, core work, or a HIIT-barre mash-up to wake up your muscles and launch you, head first, into the day. Add a cool, refreshing post-workout shower to the equation, and aliveness practically seeps from your pores. 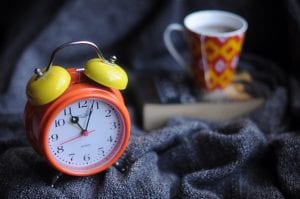 3. Habit formation. Consider this: if you attend a 5:30AM class twice a week between now and the first weekend of September, you’ll have formed a solid exercise routine that you’re likely to keep for life. Researchers say it takes just a little over two months to form a habit. The question is, which early morning class will become yours? CHHRC has plenty options to choose from.

2. Inner contentment. Ok, so, there’s nothing peaceful about an iPhone alarm ring-ting-tinging at 4:50AM. But let’s talk instead about the serotonin boost you’ll be feeling some two hours later, post-workout. Take it from a morning grouch: a renewed mood can do wonders for your Wednesdays.

1. Freedom. Go about your day knowing you’ve put yourself first and don’t have to carry around any resentment or guilt, if and when your day gets crazed and you can’t make it to the gym later that evening. Instead, indulge in a Netflix binge session knowing your body was tended to–just get to bed at a respectable time; tomorrow’s morning session is waiting.