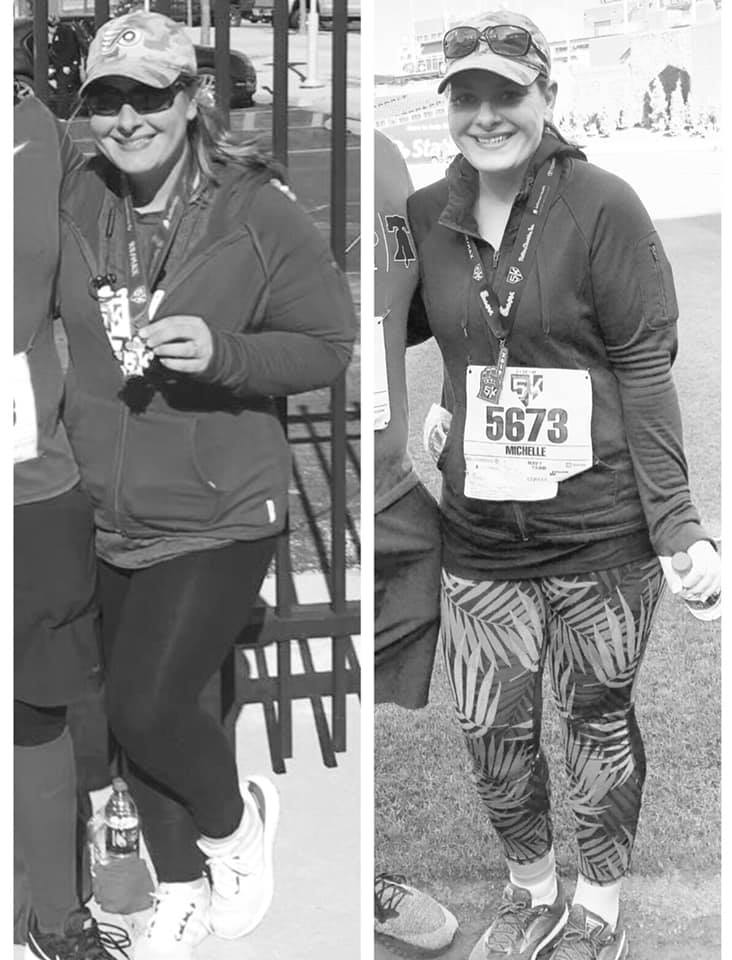 I have never been a “thin” person. Even at my skinniest, I don’t think I ever wore smaller than a size 8. And ever since I had my second baby, I lose weight at a snails pace. We’re talking, like one or two pounds a month if I’m lucky. After joining the CHHRC team back in January, I lost about 15 pounds in a little less than five months. To me, this was like… “whoa slow down, you’re going too fast.” 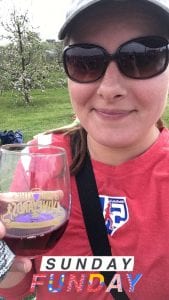 A couple years ago, I picked up running. It was something to try and distract me from weaning myself off the anti-depressants I didn’t think I needed anymore. I ran the Phillies 5K and then a 5-miler through a winery. There was no medal for the second race, but there was free wine. Shortly after, I was sidelined with a nasty case of plantar fasciitis. But when January 2019 rolled around and I got the e-mail to sign up for the Phillies 5K again, I registered. It was a fun run through my favorite place on earth, and I could suffer through 3.1 miles for some free Phillies tickets, right?

All during January, February, and most of March, I was working out like a crazy person at CHHRC. Summit Cycle, MOSSA Group Power (MY FAVE), MOSSA Group Active, and one hilariously exhausting attempt at MOSSA Group Blast – I was in the gym at least three times a week and it felt GREAT. Then one day, about two weeks before the race, I realized, “oh crap – I haven’t run in like… nine months. I should see if I remember how to do that.” 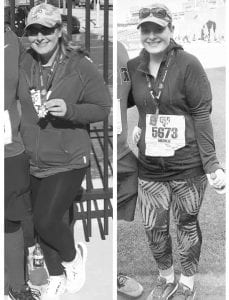 Let me just tell you: pure cardio, like running, is SO. MUCH. EASIER. when you don’t have to stop and squat and triple knee and power clean and plank and crunch every five seconds. You just… run. After three training runs, I went and nailed a 5K personal record and shaved a full five minutes off my time from the year before. Woohoo! And the best part? When I compared a picture of myself in the same outfit from 2018, I could see the difference in my body for the first time in a long, long time. It was only 17 pounds less, but I was out of the 200s for the first time in years, and I felt STRONG.

But after all that, during my absence from the gym, I thought a lot about what my body was up to since I wasn’t feeding it weekly spin classes and power weight training. The scale was staying the same, but the inches were creeping back on. When I looked in the mirror, I didn’t look the same as I did when I finished that 5K. And when I went for a run almost two months later, my diaphragm cramped up after two and a half miles and I thought I was going to die. Today, I got to run four miles but my legs felt heavy and it felt like I was running uphill on a sand dune for most of it. When I got home, I remarked to my husband that despite putting up negative splits for the first time ever, running was much easier when I was strength training. For the first time, I realized I was way less bummed about not being thin than I was upset about losing my strength.

I’m not going to get strong again by simply dieting, or just running a few miles a week. I’m going to get strong again by challenging my body to do the things I know it’s capable of doing that I haven’t asked it to do in a really long time. Yes, I’m exercising to lose weight, but no longer for aesthetics. I am truly not at a healthy weight, and I won’t be for probably another 25ish pounds or so. I’m also too cheap to buy an entirely new wardrobe, so there’s that. And I know that my body is wildly different than it was before I had kids. It won’t look like it did when I was 21. But I don’t want it to. This body has been through a lot. What I want is to be strong. Strong enough to crush the Bridge Run this November. Strong enough to get through one of Lori’s MOSSA Group Power classes without wanting to cuss her out. Strong enough to keep up with my kids.

Come join me as I say no to being thin and YES to being strong! You can get your free 3-day guest pass to CHHRC just by clicking here, and we can swallow our cuss words together. This is a family gym, after all.