Futsal can be considered a version of five-a-side football. It is played between two teams of five players each, one of whom is the goalkeeper.
Awwal Ayinde, who will be running our program, is British-African and a native of Nigeria. Awwal grew up playing soccer throughout Nigeria and England with Thamesmead Town Football club, Welling United, and Blackpool Academy. He is a graduate of Camden County College with an Associate degree in Sports Management. In his time at Camden County College, he was the Men’s Assistant Soccer Coach in 2014-2015. He played semi-professional with Philadelphia Fury and has coached at competitive youth soccer clubs in southern New Jersey for the past 5 years. Awwal has his English Football Association Level I and Level II coaching license, and football talent identification certificate. Awwal has recently taken his UEFA “B” Coaching license in London, England, and should complete his UEFA “B” License in 2018. He holds a License with Professional Football Scout Organization along with multiple United States Soccer Federation coaching licenses. Currently, Awwal is a talent identification scout for Nigerian Football Federation, head coach of Pittsgrove Soccer u12, u15 Boys EDP, and u9 Girls in South Jersey.

“What makes our Futsal program unique is that, in addition to the Futsal fundamentals training that Awwal Ayinde will provide, we are incorporating our proven Speed & Agility Parisi training techniques. These athletes will not only improve their athletic performance but more importantly, develop a higher level of self-confidence” says Liz Madden, Co-Director of Parisi Speed School.

For more information call 856.429.1200. Parents will have the option to enroll their athletes online; over the phone or in person at the club. 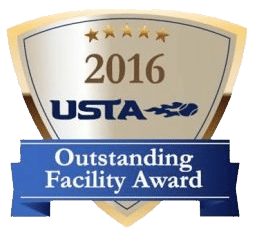 This national award recognizes excellence in construction and/or renovation of tennis facilities throughout the country. Cherry Hill Health and Racquet Club (CHHRC) is the only facility among the winners that includes a full health club.

“We are honored to be recognized for such a prestigious national award,” Bill Lemanski, General Manager, CHHRC, told Club Industry.

“But it’s well deserved from our owner to maintenance. Everyone puts in so much time and effort to keep up a high standard and the members happy. Everyone is doing the little things, and overall it adds up and makes us an outstanding facility.”